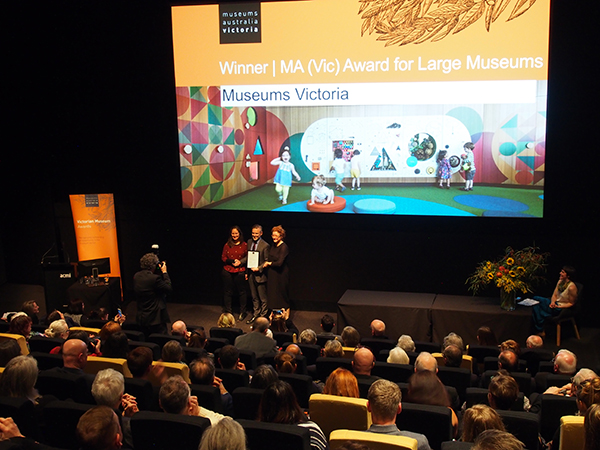 Winner: Gary Lawrence
Gary received the Award for his outstanding contribution to the Daylesford and District Historical Society where he has been working voluntarily for over five years. Gary prioritised and planned improvements to the building and display hierarchy, made successful grant applications to obtain needed conservation materials, progressed the cataloguing of the collection, established community links including with LGBTQI advocates and the Dja Dja Wurrung Clan Corporation, and introduced pop-up art exhibitions to tell local stories. Gary is currently preparing a display to commemorate the 150th anniversary of the Lost Children in Daylesford. The judges commented that “Gary Lawrence is representative of the sort of volunteer that smaller regional volunteer run museums need in order to be successful – that individual who is a driving force,” and were impressed with how Gary, “spread his energies across a variety of roles, and in doing so, has transformed and elevated the museum into achieving extraordinary things.” 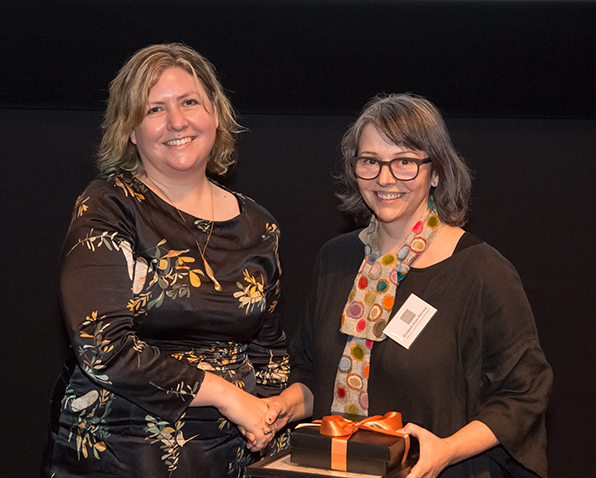 Winner: Elizabeth Anya-Petrivna
Elizabeth received the Award for her outstanding development of the National Trust (Victoria) Costume Collection. For the past 17 years Elizabeth has been an enthusiastic driving force behind one of Australia’s most significant social history collections; the costume collection of 4,000 items at the National Trust (Victoria). Elizabeth has curated and produced many popular exhibitions that have reinvigorated heritage tourism around the state and her rigorous research has added to the Trust’s knowledge of the collection and benefited her inventive public programs. Elizabeth has been committed to unlocking the research potential of the Costume Collection and invites the participation of museum and fashion scholars, including students from the RMIT School of Fashion and designers with the Melbourne Fashion Festival. Elizabeth is a highly regarded curator and museum professional with a rigorous approach to research and enthusiasm and dedication to the Trust’s significant Costume Collection. The judges commented that “As an exhibition producer and curator, Elizabeth Anya Petrivna is clearly a protagonist in the transformation of the National Trust, in focusing their work with costume. She has breathed new life into the costume collections, building the collection to over 4,000 items and the result is consistently beautiful exhibitions that have created new audiences for the Trust and demonstrated her commitment to excellence in her field.”

Winner: Dr Linda Young
Linda received the Award for her outstanding contribution over 40 years in the sector where she has made a substantial contribution as a lecturer, researcher, conference presenter, and practitioner. Linda completed her PhD at Flinders University, SA, and was a lecturer at the University of Canberra for 15 years before moving to her current role at Deakin University where she is Senior Lecturer in Cultural Heritage and Museum Studies. Linda has published widely on museum issues including over 20 articles in internationally refereed journals, with a focus on house museums as a species of museum. Her latest book, Historic House Museums in the United States and the United Kingdom-A History, extends her influence internationally. In 2009 Linda was awarded a Deakin University Commendation for Excellence in Teaching in recognition of her outstanding commitment to teaching and the high evaluations received from her students. The judges commented that Dr Young is “someone who has had enormous impact on the museum industry in Victoria and Australia wide, particularly in her role with Deakin University as a Senior Lecturer in the School of Humanities and Social Sciences, mentoring students, guiding emerging practitioners, and cultivating the next generation of museum and cultural heritage workers.” 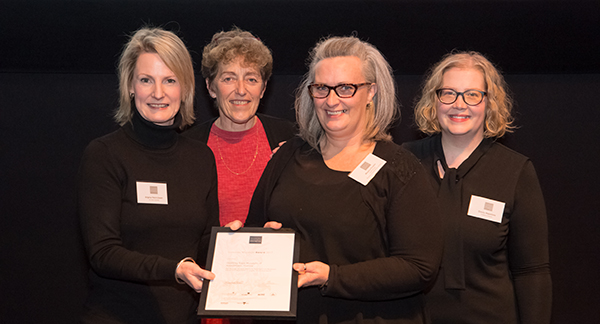 Winner: Geoffrey Kaye Museum of Anaesthetic History
The Museum received the Award for their suite of online programs. The Museum is the public face of the Australian and New Zealand College of Anaesthetists (ANZCA) and needs to provide access to its collections and research for regional, interstate and New Zealand ANZCA members as well as international researchers. The development of a strong, cost-effective offering online has facilitated contact from researchers from around the world and has broadened engagement opportunities for Fellows and trainees of ANZCA, the public, and between the Geoffrey Kaye Museum and other collecting institutions. In 2016 staff started research on the hidden stories of women anaesthetists for a series of blog posts that will be developed into an exhibition planned for 2018. The Geoffrey Kaye Museum has achieved an outward looking and community minded perspective with the development of its successful suite of online projects. The judges commented that, “It is wonderful to see a university collection demonstrating a clear understanding of its audience and recognising the importance of the virtual visitor.”

Winner: Burrinja Cultural Centre
Burrinja received the Award for its production of the Black Mist Burnt Country national touring exhibition. Black Mist Burnt Country retells the story of the British atomic tests in Australia in the 1950s. A third of the artworks in the exhibition are by urban and remote Aboriginal artists and commissioned works created opportunities for the Yalata Aboriginal community. The exhibition will tour across four states until 2019. Valuable partnerships have been created with the History Teachers Association of Victoria, the Yalata Aboriginal community, the Australia Council funded project: Nuclear Futures, and other on-going engagements with individuals and groups such as traditional owners, academics, artists, authors, activists, and nuclear veterans. The Black Mist Burnt Country exhibition has created a significant outreach that has increased the reputation and standing of the Burrinja Cultural Centre. The judges commented that the Black Mist Burnt Country exhibition was “An astonishing exhibition that manages to be both an art and history exhibition, merging the two almost seamlessly, and using a variety of different mediums to tackle a piece of history that is complicated, confronting and challenging. The number and range of partners who have come on board to present and travel the show is indicative of its inspiring vision and the quality of the end product.” 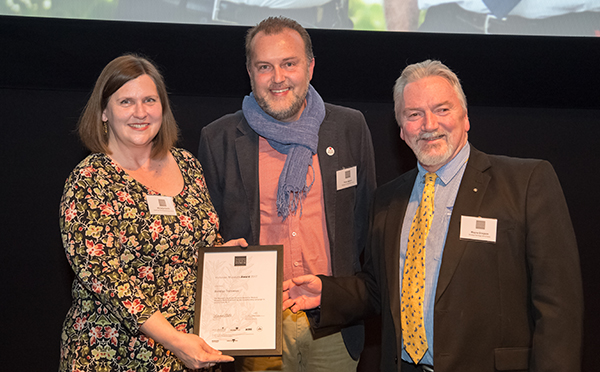 Winner: Bendigo Tramways
Bendigo Tramways has received their Award for their excellent crowdfunding campaign to restore Tram No. 7. Over 200 supporters donated over $30,000 to this well-run, three month, restoration campaign that reached younger audiences and galvanised an appreciation for the history and significance of trams in Bendigo. Support from local suppliers and businesses created products including some unique collectors six packs of tram beer. The refurbishment of Tram No 7 is underway and is expected to be completed for a launch in November. The Bendigo Tramways Depot is the oldest operating tram depot in Australia and is listed on the Victorian Heritage Register. The Bendigo Tramways produced a short video to promote the restoration campaign that featured staff and volunteers and has been viewed over 60,000 times on Facebook. The judges commented, “How much fun is this? The crowdfunding video says it all, and most importantly shows just how much fun the team at Bendigo Tramways had doing it. Proactive, brave and inclusive–they took a risk with crowd funding, embraced the technology and utilised social media to get the community on board. It all works, demonstrating that a strong vision, good planning and great storytelling is a winning formula.” 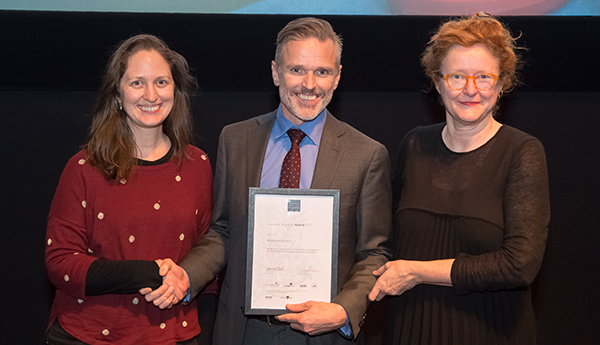 Winner: Museums Victoria
The Children's Gallery has received their Award for their ambitious redevelopment that reimagines what a museum can offer its youngest audience: babies to 5 year olds. The new gallery draws on collections and expertise to support play-led learning for visitors including parents/carers and special needs participants. Extensive consultation with 500 children and 100 adults has contributed to the creation of a welcoming and inspiring experience. The Children’s Gallery draws on collections and expertise to support play-led learning with multi-sensory points of interaction. As a permanent Gallery (15+ years) it has been designed to be durable and welcoming to all visitors. Early evaluations have shown that many participants had not previously been regular museum visitors. The redevelopment of the Children’s Gallery has enhanced Melbourne Museum as a public resource for more people. The judges commented that the Gallery was “Clearly a gallery that is leading the way in capturing the early learning, young children and family audience, ultimately converting that audience into long-term museum goers,” and were impressed that, “Melbourne Museum has put children and parents/carers at the forefront of planning and design, while still having a strong museum and education pedagogy behind it.”

This year three organisations were recognised with Victorian Collections Awards. These Awards acknowledge the hard work undertaken by organisations that are cataloguing their collections online using Victorian Collections and are judged on the number of artefacts catalogued, the proportion of items catalogued with accompanying photos, the quality of the records, the depth of historical research involved, and the percentage of records made public. 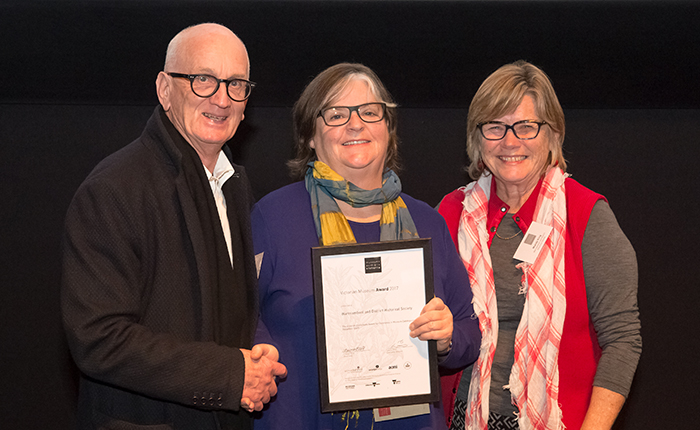 The Victorian Collections Award for Excellence for organisations with volunteer staff

The Victorian Collections Award for Excellence for organisations with paid staff

The Victorian Collections Award for Excellence for war heritage organisations 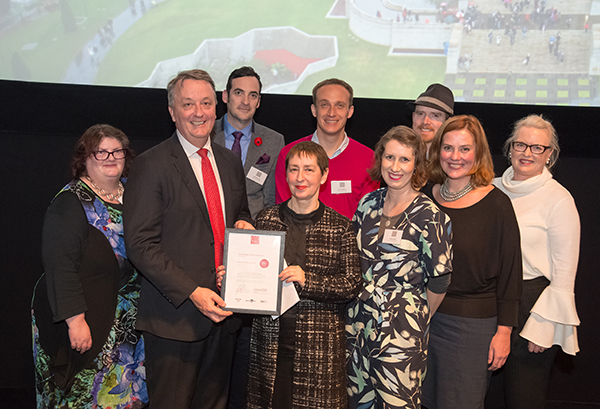 Martin Foley MP, Minister for Creative Industries, presented a certificate to the Shrine of Remembrance and the Grainger Museum for successfully completing the Museum Accreditation Program (MAP) this year.  There are 100 of Victoria’s museums in this gold-standard program that promotes best practice across all areas of museum management in line with the National Standards for Museums and Galleries. There are currently 73 organisations Accredited and a further 27 working towards this goal.

Congratulations to all Awards and Accreditation recipients, to all Highly Commended individuals and organisations, and thank you to all our fantastic nominees. The outstanding quality of the nominations received testifies to the extraordinary vitality of the Victorian museum and gallery sector.

> Go to our Facebook page to browse the Awards photo album