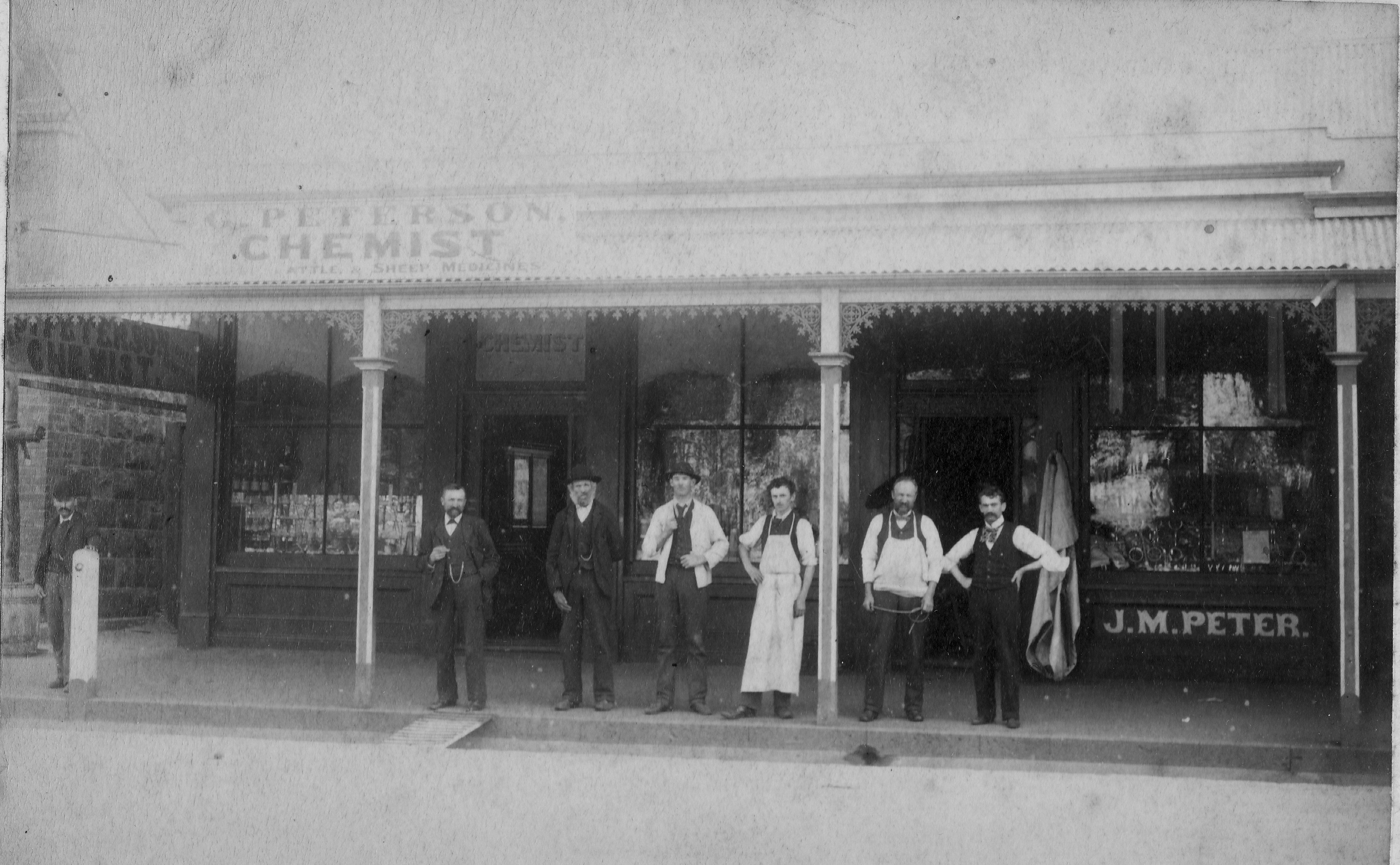 We're very excited to announce the opening of two exhibitions designed and curated by recipients of MA (Vic)'s Roving Curator Program: 'Bright New Nation – Talbot’s Leading Lights', and 'They Couldn’t Get Home Quick Enough: B-24 Liberators and the Repatriation of Former POWs, 1945'.

Presented by the B-24 Memorial Liberator Fund, 'They Couldn’t Get Home Quick Enough: B-24 Liberators and the Repatriation of Former POWs, 1945' is a pop-up exhibition to be held in a historic aeroplane hangar in Werribee. The exhibition shows the compassionate role that B-24 Liberator aircraft crews played in the repatriation of POWs from Japanese camps in Southeast Asia at the end of WW2.

The event will include:

Lyn Gorman, President of the B-24 Memorial Liberator Fund, says that the exhibition was initially inspired by a comment by her father, that she read in an oral history transcript in the National Library of Australia’s archives: "I never ceased to admire the wonderful courage and moral of the POWs that we flew back after the surrender”.

Presented by the Talbot Arts and Historical Museum, 'Bright New Nation – Talbot’s Leading Lights' tells the stories of 25 Talbot locals who, inspired by the possibilities that the Federation would provide for their local community, donated funds to purchase a copy of Charles Nuttall's painting, 'The Opening of Federal Parliament 1901'. The exhibition shows the aspirations and community building activities of a country town at the turn of the century.

“One of the new things we have done for the exhibition is to construct flexible and demountable display boards using some recycled locally available materials. We also learnt more about the diversity of the community at the time” said Marie Kau, Secretary of the Talbot Arts and Historical Museum.

The B-24 Memorial Liberator Fund and the Talbot Arts and Historical Museum received support from MA (Vic)'s Roving Curator Program for exhibition development and planing.

They Couldn’t Get Home Quick Enough: B-24 Liberators and the Repatriation of Former POWs, 1945
The pop up exhibition special event will take place on 16 May, 10.30am - 12pm, Cnr Farm Road and Princes Highway, Werribee. Costs: $5 per person or $18 per family. Bookings essential as places are limited: (03) 97311263. The event is part of the National Trust Heritage Week festival, which has the theme ‘Conflict and Compassion”.
The display will be up until 31 May, open Tuesdays, Thursdays and Sundays, 9.30am - 3.30pm. Entry by donation. A booklet of stories by former crew about their role repatriating POWs will be for sale.

Image: one of the sponsors of the purchase of the Charles Nuttall's painting, Gunnar Peterson, presumed far left. Peterson opened a pharmacy in Talbot in 1901. Image courtesy of the Camperdown Historical Society.

The Roving Curator Program is supported by the Victorian Government through Creative Victoria.